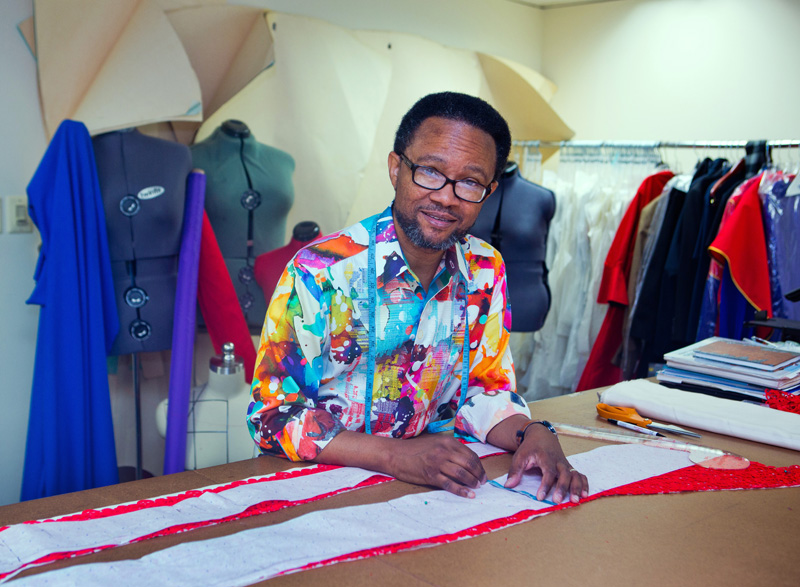 Craig Coates is a man of the cloth in more ways than one. He is a nondenominational bishop, which could be construed as being multidenominational. He also designs haute couture—a particular aspect of the fashion trade that concerns itself with the unification of multiple strands of cloth to create beautiful expressions. 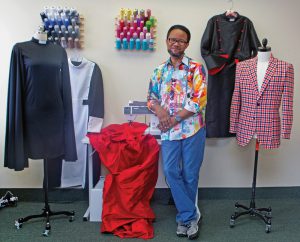 Coates is also the visionary behind the Annapolis men’s hair salon My Brother’s Keeper. His hitherto incisive observation concerning said establishment was that “men don’t talk to each other enough, but one of the few places they actually do converse is the barber’s shop.” He understands that dialogue is an essential element for building a strong fabric of community relations. His idea was to create a space or medium where men could discuss neighborhood issues, thus bringing about a shared sense of local social unity.

Couture means sewing or joining together. Today, Coates is weaving his experience and expertise to promote social discussions that bind themselves to a new and greater cultural tapestry, namely the advancement and civilization of the role of women in the clergy. He designs attire for women of the cloth, and through his fashion creations he is braiding a texture that speaks to the imperative of female equality and freedom of expression within the religious world.

Coming from a churchgoing family, Coates’ initial interest in fashion was inspired by his grandmother, whose house he recalls as “always overflowing with pieces of fabric and thread.” At an early age, he learned how to cut cloth, and was designing garments by twelfth grade.

It wasn’t until a particular event, in the 1980s at his high school, that he began to intertwine his religiousness with his ability to design clothes. Ebony magazine’s Fashion Fair, which raises money for African American charities, came to his school. The show and its benevolent intent so transfixed him that he knew, from then on, that he was going to become a fashion designer.

Another occurrence that helped shape his vocation was an after-school fashion course. When the woman who led the course resigned her position, Coates took over the job, at age 16, and went on to win business awards while continuing with his studies. Talk about entrepreneurial spirit.

For any young, aspiring fashion designer, New York City is the place to be. But Coates resisted those bright lights, choosing instead to pursue his true ambition to answer the voice of the needy in Maryland. He worked for fashion companies such as Stephani and JB House of Fashion, which served to consolidate his design chops. 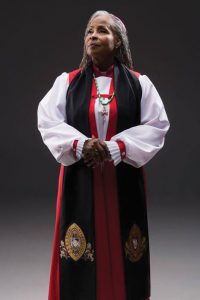 In the late 1980s, Coates was ordained as a minister and continued designing clothes for men and women, particularly choir robes. As his religious duties increased, however, his focus on couture began to ebb.

In 2013, he had another revelation. “Pastor Candice Owens was a woman priest I sent out to create a fellowship in Baltimore,” he recalls. “I wanted to give her a present. I designed a dress for her—she posted an image of it on social media. The garment got rave reviews; everyone wanted to know who designed it. That moment steered me to focus more on women’s attire.”

While he had always designed for men and women, his decision to concentrate on women’s wear was due to the rigors of demand and affordability. Creating men’s fashion is much more expensive and can be somewhat limiting in terms of artistic expression.

Coates’ sartorial philosophy as a designer of female fashion for the church is that creations should be “modern but priestly.” He considers the female silhouette and what best fits her body. “Women in the priesthood are still not liberated or affirmed,” he opines. “They are just accepted. They are [perceived as] standing in for men. Women priests are, in essence, clothed in men’s religious garb. Why can’t she send a woman’s message? Why can’t she wear a religious garment that reflects her femininity? I always begin with the purpose of the garment. What is the message the garment needs to send? What does convention need to hide in terms of femininity within the clergy?”

Yes, Coates is a man of the cloth. His mission is to create an exchange of ideas that ultimately advances the presence of women in the church, ergo the role of religion in modern life. That moment steered me to focus more on women’s attire. █ 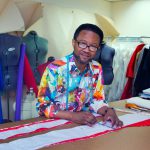 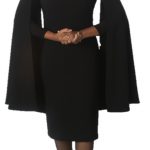 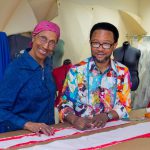 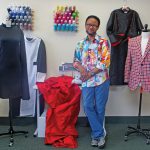 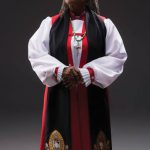 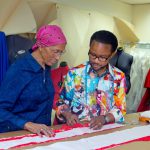 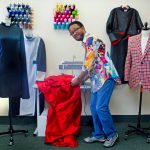 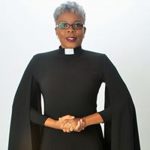 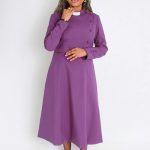 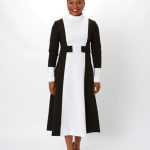 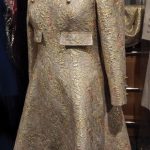