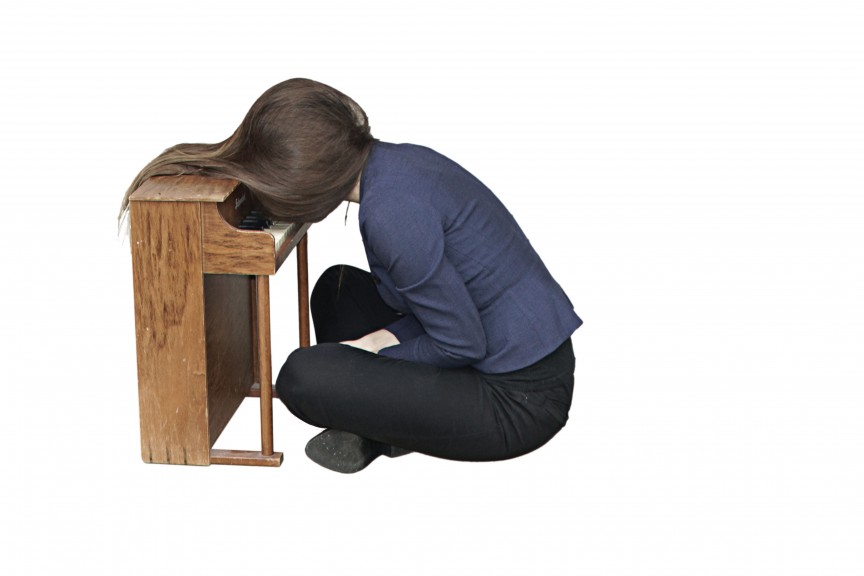 + By Zoë  + Photos by Kelsey Schwartz

It’s difficult to sustain a conversation over the constant rumbles, horns, and sirens of downtown Baltimore. Holly Ann Miller, 25 years old and unfazed by her city, continues telling the story of why she’s back from New York. She rarely breaks visual contact; her eyes are framed by dark cat-like eyeliner and her gaze is far from intimidating. She’s comfortably perched on the couch, with one leg folded underneath her body, perfectly embodying the theme of this story: balance.

The story began when Miller moved to New York City after graduating from college, She packed a bag, her cat (Miss Kitty), and her Casio keyboard—she was raised in front of a piano, sitting on her mom’s lap, her hands mimicking every note, so she always made time to play. Her new degree in event planning landed her the job she always wanted—working for Peter Callahan at high-end events and dinner parties for the likes of Martha Stewart and the Tisch family. But she surprised herself when she realized that she hated it. She found herself, at age 22, living in Bushwick with Miss Kitty and completely out of balance.

In an attempt to steady herself, Miller decided to pursue fashion. While still in college, she had modeled for South Moon Under’s online pages. She was now living in one of the industry’s epicenters, and that facilitated an almost instantaneous career change. She landed a full-time job as executive assistant t at Models.com, a website that connects prospective models with the most prestigious agencies in the world. Although Miller would not be in front of the camera, she nonetheless dove in head first, completely immersing herself in the work.

Each day was different—some were spent in the office, taking photos of models entering the scene or managing the social networking sites of Models.com; others consisted of covering high-fashion presentations or runway shows. One morning after she walked into the office, she was immediately asked to attend a Calvin Klein presentation, where she was expected to interview models, take photos for Instagram, and piece together short write-ups. She then walked out with a complimentary article of clothing, a perk of the job. 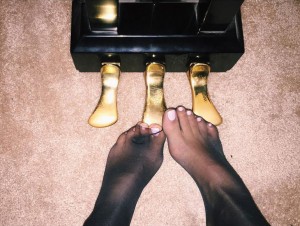 Her workday was far from over after she left the office. She would head straight to designer events for Versace, to parties for models such as Coco Rocha and Cara Delevinge, or to charity events attended by Rhianna that were hosted by Jourdan Dunn. She was enjoying it, but was also becoming exhausted. And her keyboard was steadily collecting dust.

One day, the IT person at Models.com overheard that Miller played and taught piano. His daughter Alana needed a teacher, and Miller jumped at the opportunity. Teaching piano was in her blood—her relatives all played piano, and her mother and grandmother were teachers—and when she began teaching at age 15, it came naturally. Seven years later, after giving her first lesson in New York City, she continued the lessons after work, and began teaching a former student from Baltimore via Skype. Teaching was fulfilling, and gave her a feeling that she had never felt after leaving a fashion show or an A-list party. Miller reevaluated her life, realized how off-kilter it was, and moved back to Baltimore in May 2015.

That same month, she opened Redberry Music and began giving private piano lessons out of a spare room in her father’s house. In August, she taught her first group class at St. Paul Elementary in Baltimore County, where she now teaches music. She simultaneously able to maintain a job at Models.com, which allows her to scratch her itch for fashion.

Thirty minutes later, Miller stops talking to let an ambulance thunder by, and ends her story by stressing how important it is to value happiness and quality of life. She admits that her 13-hour days are still as long, if not longer, than her days working in New York City, but they don’t feel like work. She teaches piano to 14 private Redberry Music students, teaches music to six elementary grades, and singlehandedly manages the scouting section for Model.com while modeling for her friend’s various companies, including shops in Baltimore and Canyon Bikes. Not surprisingly, she sees all her work expanding in the future, but for right now, she is contented and perfectly balanced. █ 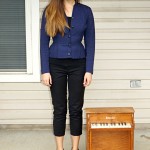 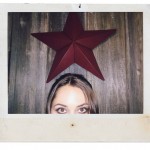