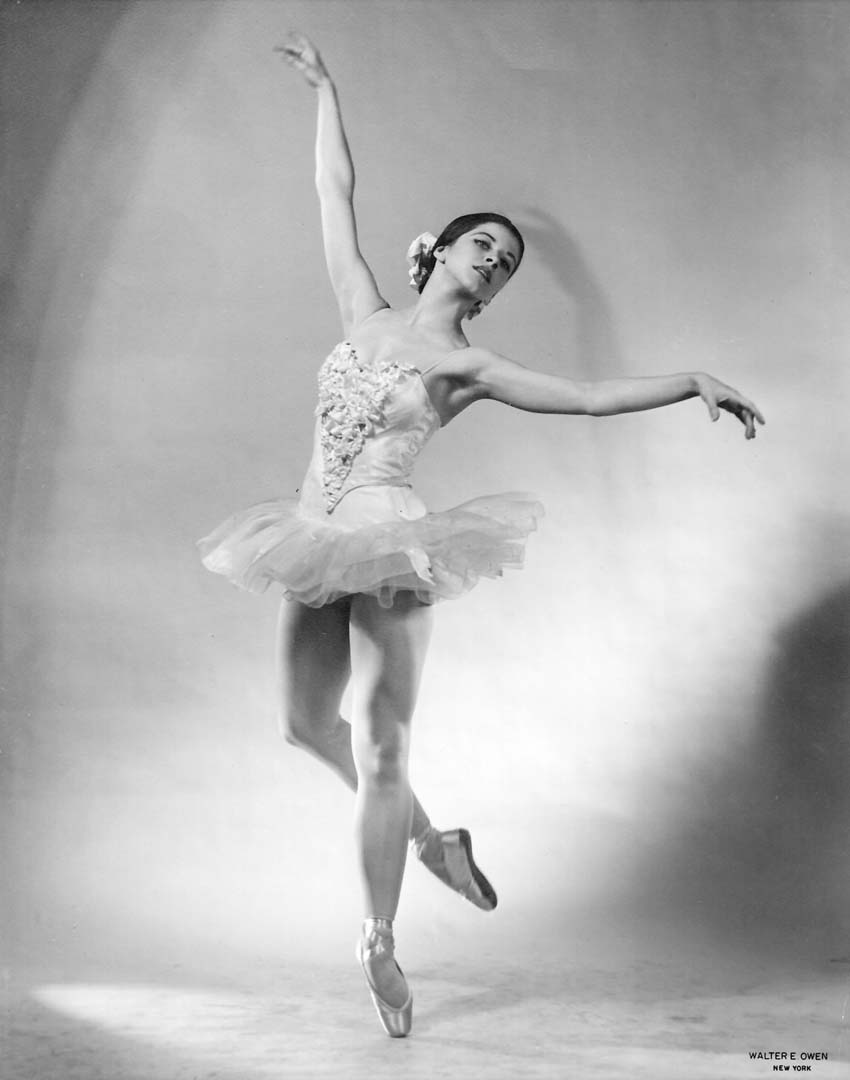 Francesca Biagini started dancing for better posture and rose to dancing for the New York City Ballet, where she performed from 1948 to 1951 under the direction of prominent choreographer George Balanchine. Now 90 years old and still teaching ballet, Biagini reflects on her life’s journey with dance, from childhood to present.

Up.St.ART Annapolis (UA): What was your earliest experience with ballet?

Francesca Biagini (FB): I started to dance for physical reasons. I had a very bad swayed back, and they sent me to a gym . . . then a doctor later suggested ballet, and I was hooked. I really loved it, and that was all I ever really wanted to do.

I was eight when we moved to New Jersey, and that was when I first started my classes. I had a teacher; she was a real old Russian woman. She wouldn’t want to hear that, but she came from that world. She was a wonderful teacher. She wanted to take me in professionally, to live with her and train me, but my parents didn’t want any part of that.

UA: How did you come to dance with such a prestigious company?

FB: I was very lucky, being in the right place at the right time. When I was in high school, I studied in Westport, Connecticut with a teacher, [Mr. Volodine], who was a friend of Balanchine. Mr. Volodine thought it would be interesting to have Mr. Balanchine see me, so he came out and watched a variation that Mr. Volodine did. He didn’t like it, so he decided on Sunday morning that [he] was going to choreograph something new for me. They called me in the morning, and I had to do it in the matinee that afternoon. [Balanchine] and his wife at that time, Maria Tallchief, were sitting in the front row, so I was very nervous. I was very very young, probably 18.

UA: How would you describe working with Balanchine?

FB: It was very inspiring. He was a taskmaster. If he wasn’t happy with a certain combination of steps, you had to do them over and over and over, until he was satisfied. He was very demanding, but not in an unpleasant way. He would look at you and say, “Do that again, Francesca.” He always had his chin up, he was very erect, because he was a dancer.

UA: Which performances stand out as particularly meaningful to you?

FB: I liked all of them for different reasons. There are so many, 16 ballets. Occasionally, Balanchine would conduct unannounced for some of the performances, and you’d hear this roar go up from the audience when he would step out in front of the orchestra. And he would always conduct at a much faster pace, so it was always, “Oh my God, Mr. B is conducting!” And it meant speed speed speed!

The one that [affected] me the most, I guess, was I was one of the two sisters in the ballet called The Prodigal Son. One performance, Balanchine did the father . . . there were just four of us there on stage. So that was a big thrill for me, to take a curtain call with Mr. B in front of the big curtain of the theater.

UA: What led you to leave the company?

FB: [I] left to get married . . . that was the main reason. I wanted to teach, so I opened a ballet school in Stamford [Connecticut]. Mr. B. did not like people to get married or have kids, because then your life changes a lot of what you did. He always wanted to keep his ponies in the corral.

UA: What brought you to Annapolis?

FB: My husband’s job. I had been here with a friend and I loved it so much. I told him about it. And when he changed jobs and [was] working fairly close to this area, I said, “You’ve got to go to Annapolis and see it.” So that’s how I came to Annapolis. I absolutely love it.

UA: How did it feel, transitioning from dancing professionally to teaching children?

FB: I liked the transition. I was happy at the time that I made that decision. Though later I had pangs of nostalgia about it.

UA: You continue to work full-time at 90. What keeps you motivated?

FB: I just love children. I love teaching. I think everyone thinks, “Oh my God, you’re still working?” I have the energy. I’m going to work until I can’t do my job anymore.

UA: What advice can you share to those pursuing a career in the arts?

FB: Work hard, be diligent about taking your classes, and make sure you’re going to a school that’s a good school. Take art classes and music classes. Just opening your eyes and seeing what’s around you. Look at the beautiful flower and contemplate it. Listen to the music. █