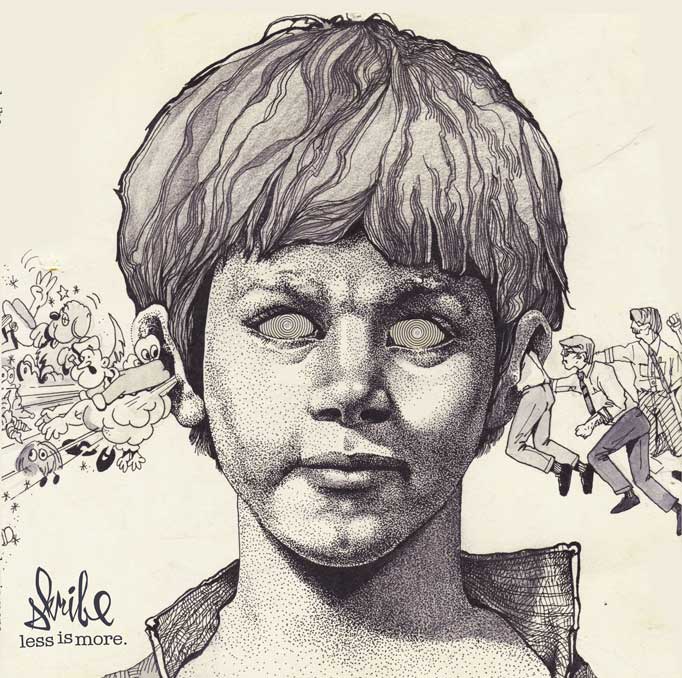 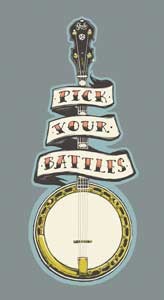 Yealdhall is the garage-folk soloist known as Skribe, an illustrator, and cofounder of Speakeasy Gear, a T-shirt design company. It’s no wonder that Yealdhall has creative proclivities; his father is Gary Yealdhall, a well-known graphic artist who has produced artwork for organizations such as the Baltimore Orioles and GamePro magazine. His father immersed his son in an atmosphere awash in art, and Yealdhall absorbed it as “the closest thing to magic.” Yealdhall polished his sci-fi-psychedelic-cartoon style of illustration when he learned how to screen print. He then began producing, out of his garage, T-shirts bearing his artwork. With Rob O’Connor, his longtime friend and creative counterpart, he expanded operations into a small print shop. He was happy to take any job that allowed him to grow as an artist, and especially enjoyed being the house artist for The Whiskey (a former Annapolis music club on West Street). 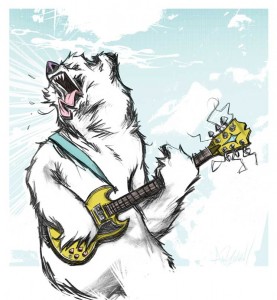 Freelancing was forcing a more frugal lifestyle than intended, so Yealdhall began to ponder a musical path. He sang in bands during and after high school, but was in a constant state of discomfort because he didn’t know what to do with his hands. He had never wanted to learn what he calls the “grabbing a snowball out of the air” hand movements that Michael Jackson did when hitting high notes. Sparing awkwardness for everyone, he chose to put a guitar in his hands instead, and taught himself how to play by watching and pausing music videos and replicating hand placement. The Whiskey hosted open mic nights, and one Wednesday he showed up, guitar in hand, and signed up under the name Skribe.

Through garage practice and open mic nights, Yealdhall went from singing in the car with his family to opening, in 2008, for Jimmie’s Chicken Shack. He had always been an avid listener and remembered walking to Record & Tape Traders to pick up the band’s new albums, so the prospect of the gig brought feelings of excitement. Playing to a sold-out crowd was unknown territory, but Yealdhall recalls it going better than expected. It was the moment that Skribe broke into the Annapolis music scene.

During a late night at the print shop, Yealdhall was in the midst of completing his first album, and he played back one of the songs, “Farmer Brown’s Mutilated Cow.” It had a solo that he couldn’t play on the guitar and seemed different enough to be played on a non-traditional instrument. He pulled out an old metal kazoo—a relic from a past birthday—pursed his lips, and mimicked the desired solo. The kazoo is now a keystone feature of Skribe’s show, and the crowds often chant for more of it. He has even garnered an endorsement from Kazoos.com. Inquire about his teak Heartwood Hummer, and he will also explain the American-Chinese kazoo epidemic, facetiously stressing, “We need to keep the kazoo dollar in America. Friends do not let friends import their kazoos from China!”

In 2010, Speakeasy Gear became Yealdhall and O’Connor’s brand, with the slogan “Every shirt has a cause and always will.” Each project is paired with a service organization or nonprofit, which receives 15 percent of the profits. As Yealdhall rationalizes, “There are all of these problems going on in the world, and you want to do something, but what can you really do? Maybe something that we drew in our basement and popped on a T-shirt can make a little bit of a difference.”

While listening to smooth jazz in their basement—the preferred setting for their creative work—Yealdhall and O’Connor whip up designs for The Beer For Brains Foundation, Operation Ward 57, Pandas International, and other organizations. Speakeasy Gear always finds a way to honor each without abandoning its own recognizable, easygoing yet rebellious personality. One of three Baltimore-themed projects for Towson-based WTMD radio is a menacing Rat-Fink-esque Oriole, which, Yealdhall confessed, was a tribute to the late illustrator Ed Roth’s anti-Mickey Mouse. Local flair is what people want, and Yealdhall didn’t take long to figure that out. He put a twist on mascots and tastefully blended beer with literature to create Speakeasy Gear’s Edgar Allan Boh character.

For Yealdhall, illustration and music mutually benefit each other. When MeriCAN Canjo, a West Virginia-based shop that makes canjos (instruments that have a can as a body), supported Skribe and gave him a one-of-a-kind canjo, Yealdhall in turn had Speakeasy Gear create a logo for the store; Speakeasy is now represented in another state.

Yealdhall continues to intertwine his two artistic passions by gigging and illustrating album covers, T-shirts, logos, and stickers for bands around the area. Speakeasy Gear and Skribe can usually be found at festivals such as SoWeBo in Baltimore and Eastport a Rockin’ in Annapolis. Transforming from high school vocalist with uncomfortable hands to a touring solo musician complete with acoustic guitar, canjo, kazoo, kick drum and hi-hat, is a testament to Yealdhall’s hard work and tenacity. Let’s see where his creative pursuits take him next. █ 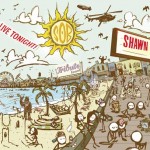 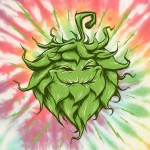 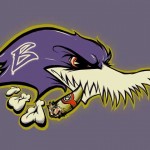 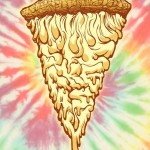 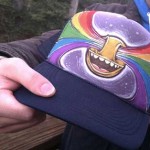 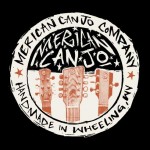 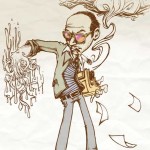 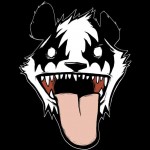 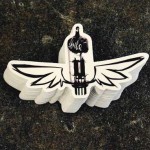 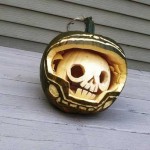 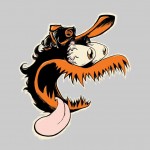 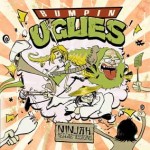 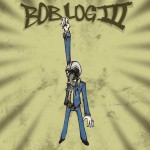 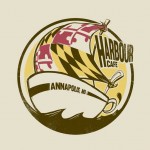 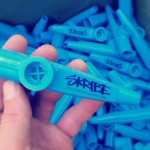 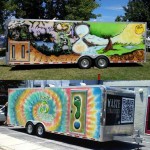 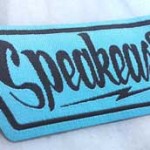 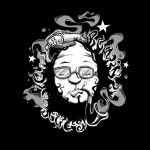 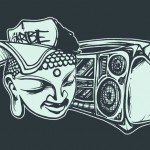 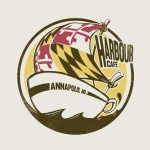 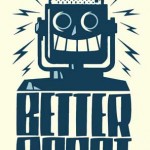 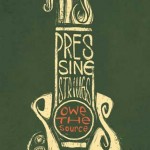 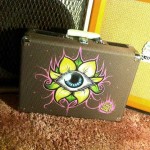 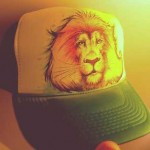 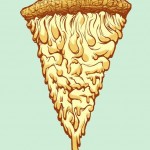 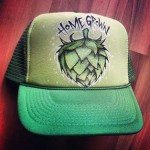 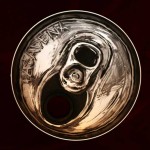