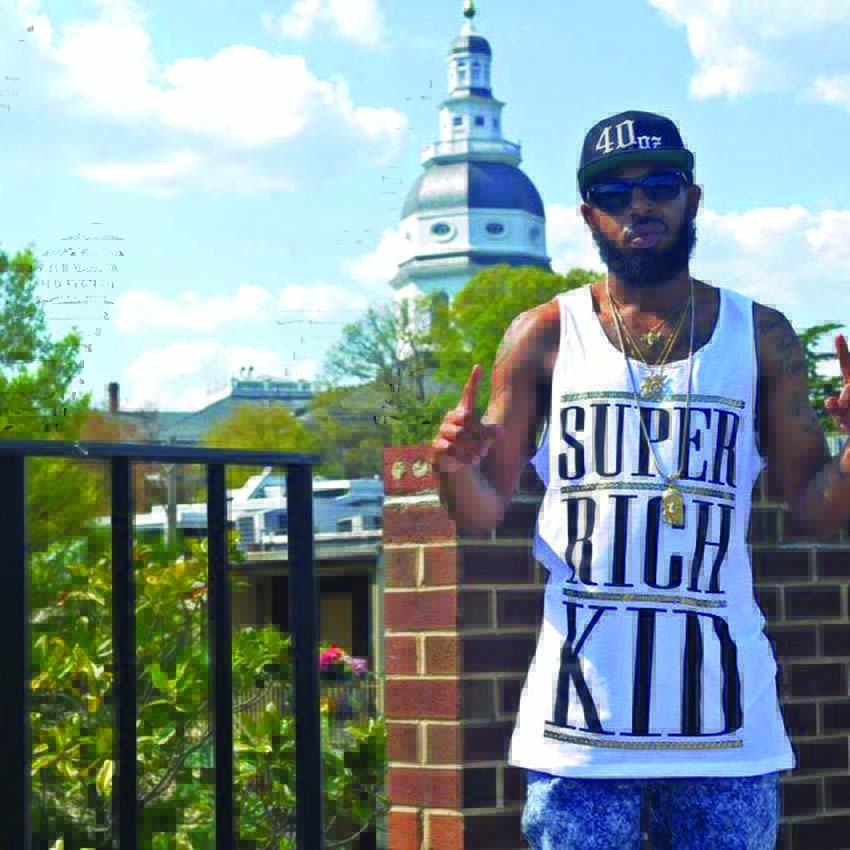 On Friday, June 7, Annapolis lost a creative spirit with the passing of 32-year-old Edward Montre Seay (aka Tre’ Da Kid). He left this earth as a result of senseless gun violence. Tre’ Da Kid, a lifetime Annapolis resident, 2005 Annapolis High School graduate, and loving father of a 10-year-old-son, received attention after winning Verizon’s 2016 #Freestyle50 rap contest. It earned him a $10,000 cash prize as well as a recording contract with 300 Entertainment.

Tre’’s close childhood friend, Comacell Brown, called the rapper an inspiration whose success brought light on the city. “Tre’ Da Kid loved this city to the core. He would proudly tell me the person, business, or establishment that’s making good noise in the community and how he could see himself involved,” says Brown. “Taking a deep look at where we came from and how we were raised, he wanted to bring back some of the old family values. He respected anyone who crossed his path, and he would find a way to bring out the best in you. We are deeply saddened by the tragedy, but are uplifted daily by hearing stories and testimonials from people who knew him outside of his inner circle.”

Our community has been diminished by the loss of this young, talented man who took pride in the city and stood by the people he loved and respected. We can continue to spread his message and perpetuate his legacy by sharing his music and striving to live our lives as admirably as he lived his.

Much love and respect,