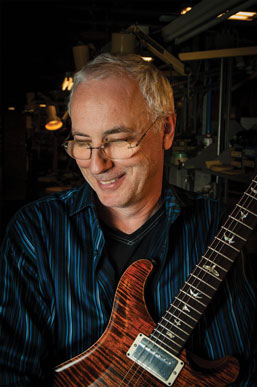 Classical scholars may only describe the connection between geometry and music through the quadrivium—four of the seven arts associated with a liberal-arts education—but Paul Reed Smith lives within that nexus. Smith is a respected master luthier and the founder and owner of PRS Guitars. His state-of-the-art factory produces finely crafted, high-end instruments that are played and endorsed by such prominent musicians as Carlos Santana and Howard Leese. Last year, news broke that Smith had created something different—a technological advancement in image resolution that could be groundbreaking in medicine and other fields.

Smith is a born craftsman. He enrolled in multiple shop classes while attending Bowie High School so he could get his hands on the machines. “It was the only way I could learn how to use a lathe, or a milling machine, or a band saw,” he says, “It was all very important stuff.” He was curious and interested, and his first experiences creating objects from wood felt very natural to him. “It did not feel like something that was difficult,” he recalls. “It was like going on the beginning of a journey. It was joyful.”

Smith wanted to play music but didn’t have the money to buy a guitar, so he applied his woodworking skills. “I didn’t see it as art at the time. But everybody else was making cutting boards, and I was making bass guitars in shop.” He did the same with gear, measuring a speaker cabinet, buying 15-inch speakers at Radio Shack, and building his own version of an Electro-Voice Eliminator speaker. 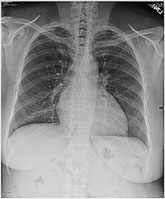 Less radiation is needed to generate X-rays because the images can be enhanced with Smith’s technology.

A transition occurred when he set up his workshop in a garret at 33 West Street in Annapolis, he no longer saw himself only as a guitar maker and repairman, and began to feel the artistry of his work. His design process is both intuitive and cerebral. “My parents were both mathematicians, and I didn’t understand that I carried the gene,” he explains. Smith hated arithmetic and algebra with a passion. But applied three-dimensional mathematics, such as geometry and trigonometry, came naturally. “I could rotate a [guitar] neck in my head easily to see all the different parts. I could see the speaker cabinet from all angles in my head. It was easy. Once I measured it, I could make it. It’s very much graphic math.”

The mathematics of sound waves led Smith to his latest discovery. While trying to create a guitar synthesizer, he spoke with his father, who had studied with the theoretical physicist George Gamow at George Washington University. He asked how to possibly accelerate the time it took to know the frequency of a tone, and his father responded, “Just measure the high harmonics; you’ll know before the first [oscillation] goes by.” That sounded implausible to Smith but reasonable to his father. A physics lesson ensued.

His father explained that graphic displays of sound signals over frequency and time are typically displayed as a waterfall pattern on a surface. He posited that the surface is not real, and hence sound measurements could be derived without it. The next day, they were in the patent office. “We had so many ideas about the way we could change things. It took us ten years of talking about it to figure out what we’d even run across.”

Smith’s “aha” moment came one night, seven years ago, during a hurricane. “I was all by myself in the house, no kids, no wife, no power, and the trees were going nuts in the backyard. And I’m lying there with nothing to do. And I realized that everything my father taught me applied to images.” Then he went to work. 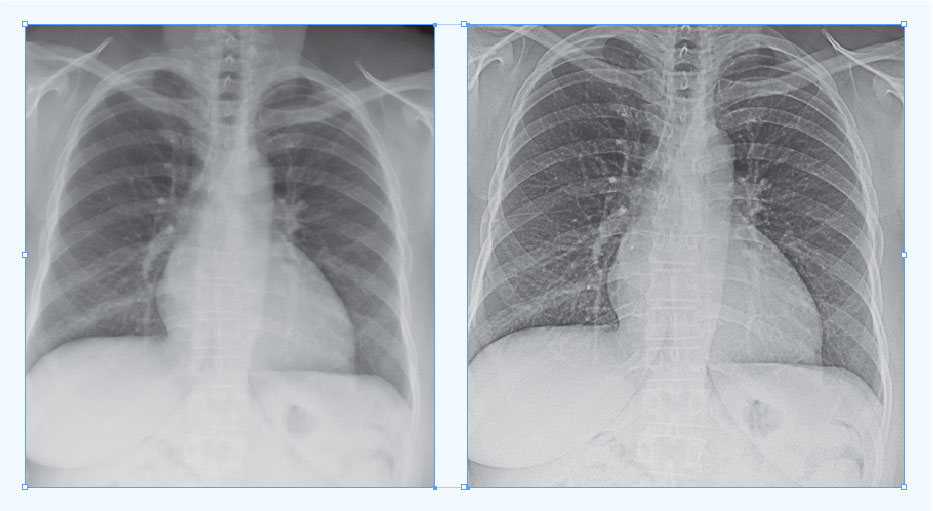 The standard x-ray image (left) is not well defined, but after Digital Harmonic’s technology is applied, the processed image (right) is much clearer.

The result: a set of algorithms that can be applied to developed images to enhance them, so that X-rays, CAT scans, and PET scans look clearer. “You could turn the X-rays down by four-fifths and still be able to get a good image, even though there would be way less radiation hitting the plate,” he says. Using gaming computers, which according to Smith work twenty thousand times faster than a supercomputer, the images can be enhanced in one one-thousandth of a second.

Partnering with an advisory board of scientists and physicians, Smith introduced his imaging company, Digital Harmonic LLC, in November 2015. It’s a high-powered team that includes serious software developers and an applied mathematician. The recent hire of a chief executive officer—an accomplished businesswoman—allows Smith to fully dedicate his time to PRS. Digital Harmonic plans to have field-ready equipment available in spring 2016.

While his waveform imaging efforts are about to become realized, Smith’s creative juices continue to flow and focus around guitar development and innovation: “We’re getting ready to release something in the next couple months that I have been up to my eyeballs in!” █